The Barbican Centre is owned, funded, and managed by the City of London Corporation, the third-largest arts funder in the United Kingdom. It was built in an area badly damaged by bombing during World War II, and was the city’s gift to the nation – at a cost of £161 million,. It was opened by Queen Elizabeth II on 3 March 1982 after the surrounding Barbican Estate housing complex had been built

The Barbican is one of my favourite place to go in the City of London, as it has so much variety, surprises and covers such a large area. You can also visit it at any time of the day and come away with good results – however it does favour the creative mind as there are lots of different shapes, textures, lighting, water, open spaces and gravestones. 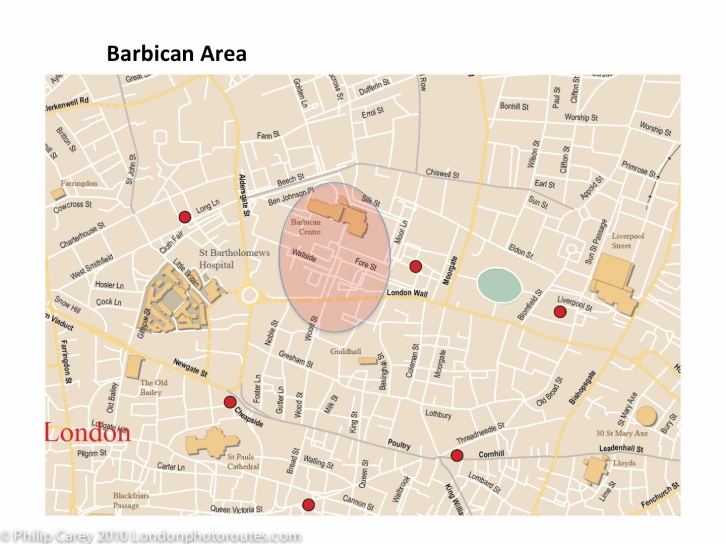