Grosvenor Square is the largest of the three Squares in Mayfair and is a short walk from Oxford Street. General Eisenhower ran the D-Day campaign from number 20, and it is sometimes called little America because of the  American Embassy, Roosevelt statue, and the 9-11 memorial. The American Embassy is due to move to the Nine Elms area of Wandsworth in the next few years

Sir Richard Grosvenor obtained a licence to develop Grosvenor Square and the surrounding streets in 1710, and development were built shortly after this.

Due to the amount of tree cover within the square, winter can often be the time of year to visit, although spring and summer are good too. Mid morning to mid afternoon are usually good time to visit as the sun has had time to get above the surrounding buildings. 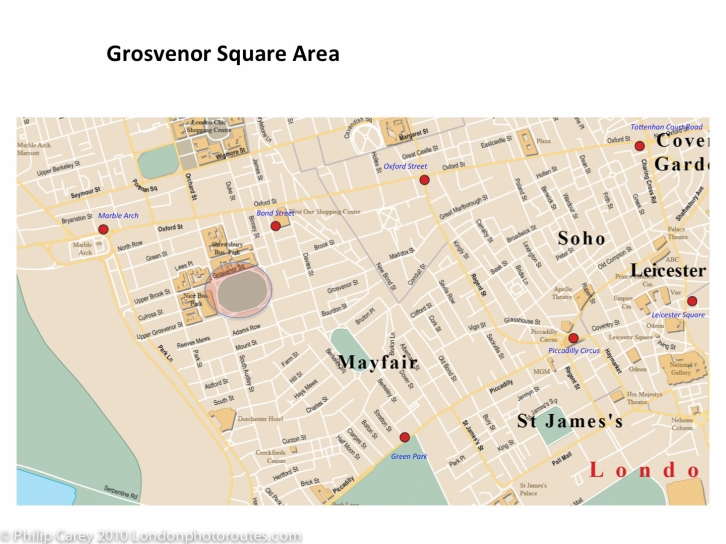