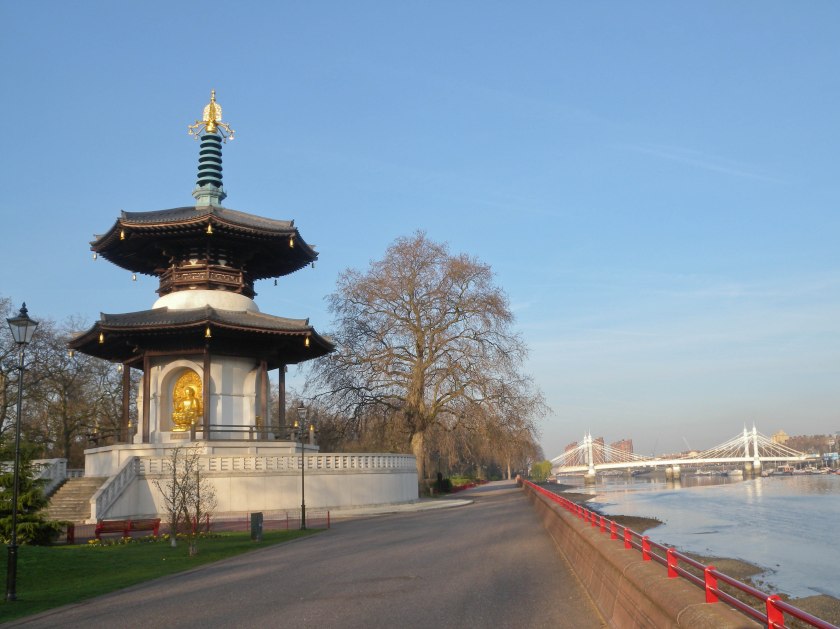 Battersea Park covers an area of about  200 acre by the River Thames  between Chelsea Bridge and Albert Bridge. This wonderful green space  was once a mixture of marshlands and a market garden that served London. It was opened to the public in 1858 but prior to 1846 the area was a popular spot for duelling – today the only duelling you see is between runners.

Mornings and late afternoons are the best times to photograph the park with the mornings being the quieter times. There is also a lot of seasonal variation – so it is often worth a re-visit. The park also has a children’s zoo and holds a number of events each year  – which also adds to its attraction as a site.