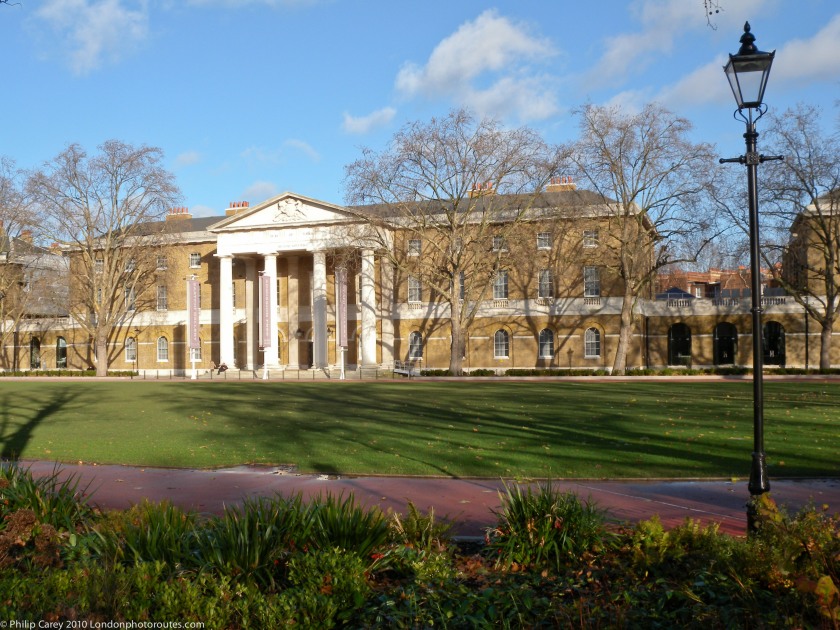 It’s difficult to make streets look good in photographs however famous they are, but sometimes you can be lucky. The main problem is that the individual  shops  are competing for your attention and the ‘buzz’ and the bustle of a shopping street are hard to capture in a still image. To get around this problem,  I have focused on areas of photographic interest around these famous streets, as well as providing a flavour of what they look like before the crowds and traffic descend  upon them.

Here is some information on some of the areas that I have covered in this post.

King’s Road derives its name from its role as a private road used by Charles II to travel to Kew. It remained a private royal road until 1830, but people with connections were able to use it. The King’s Road  is now  a fashionable well-known street stretching through Chelsea and Fulham, in west London. It is traditionally associated with  style, and fashion figures such as Mary Quant and Vivienne Westwood and is a great place to shop. The further away from Sloane Square you walk, the greater the number of smaller, independent clothes and shoe shops there are, plus a good choice of contemporary furnishing stores

Sloane Square is a small hard-landscaped square on the boundaries of the fashionable central London districts of Knightsbridge, Belgravia and Chelsea. It  lies at the east end of the trendy Kings Road and at the south end of the more conventionally smart Sloane Street linking to Knightsbridge. In the early 1980s, it lent its name to the “Sloane Rangers”,

St Luke’s Churc was consecrated by the Bishop of London on St Luke’s Day, 18th October 1824 The architect was James Savage, one of the foremost authorities on medieval architecture of his time.

Michelin House at 81 Fulham Road, Chelsea, was constructed as the first permanent UK headquarters and tyre depot for the Michelin Tyre Company Ltd. The building opened for business on 20 January 1911. Designed by one of Michelin’s employees, François Espinasse, the building has three large stained-glass windows based on Michelin advertisements of the time, all featuring the Michelin Man “Bibendum”. 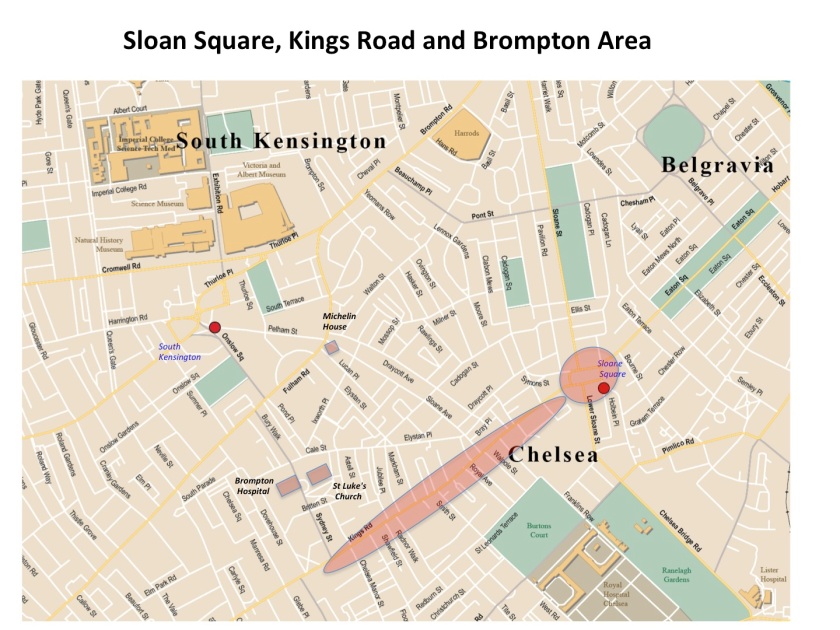