Greenwich Park was one of the first parks I ever went to as a child, and it holds special memories which grow on each visit. One of the most lasting of these memories is the view of London from the top of Greenwich Park. However, there are lots of other areas within and around the park that give some great alternative views of the London and I have selected some of my favourites. As you will also notice, Greenwich Park provides the best view of the river and its river traffic both upstream and downstream and so was a perfect strategic spot for the Navy.

Here are some facts about Greenwich Park that might also be of interest to you:-

These London Runs and Photo Routes are a great way of getting to know London, for seeing London’s best sights, and for photographing London.

By doing this London photo early in the morning, you can get to know London quickly and see it at its best – all for free. 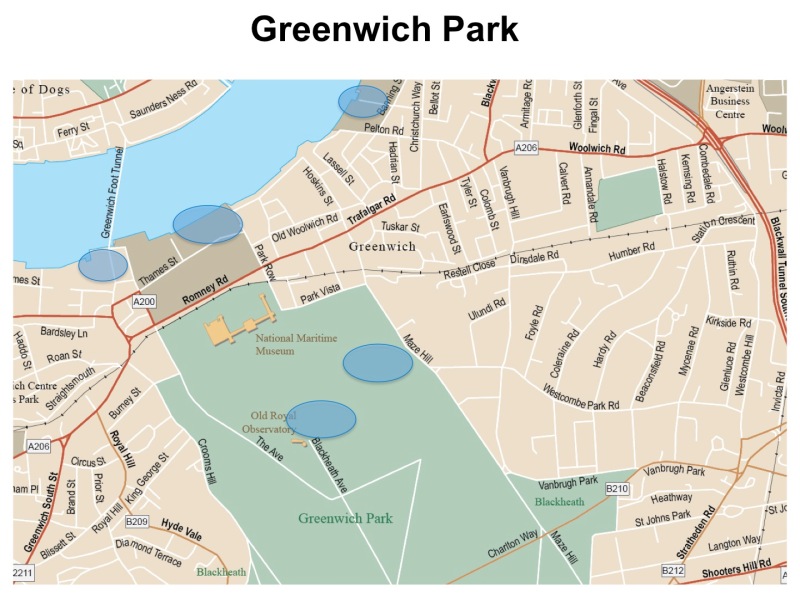