The Regent’s Canal is one of London’s best-kept secrets and  a peaceful haven from the city. It stretches from  Little Venice basin near Paddington through Regent’s Park  and Camden Town before ending up 13 miles later at Limehouse by the River Thames. The canal was built between 1811 and 1820, and allowed industrial goods/traffic to flow from the Grand Union Canal in the north out  to river and the sea. In 1840 it had to deal with the railways which had arrived at St Pancras, Euston and Kings Cross, and so became an even more important  trade route.

This photo route covers the main areas that was redeveloped to cater for the railways and covers the  section from Kings Cross, (by the Canal Museum), to Regents Park, (by the Zoo).

The canals in London are a lovely place to spend a few hours and provide a rich variety of photographic subjects from details to landscapes as well as providing opportunities to explore further afield.

This route can be done in either direction but I prefer a sunny day in the morning as the sun is behind me all the way to Camden Town where I can have something to eat and have a good look around. 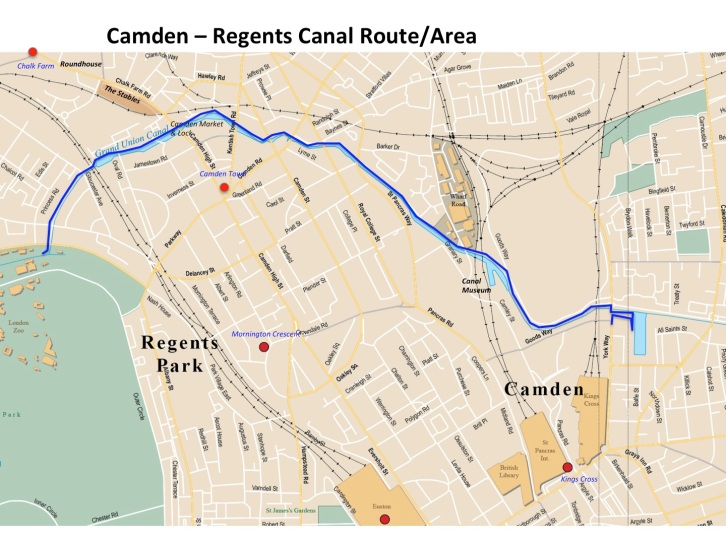