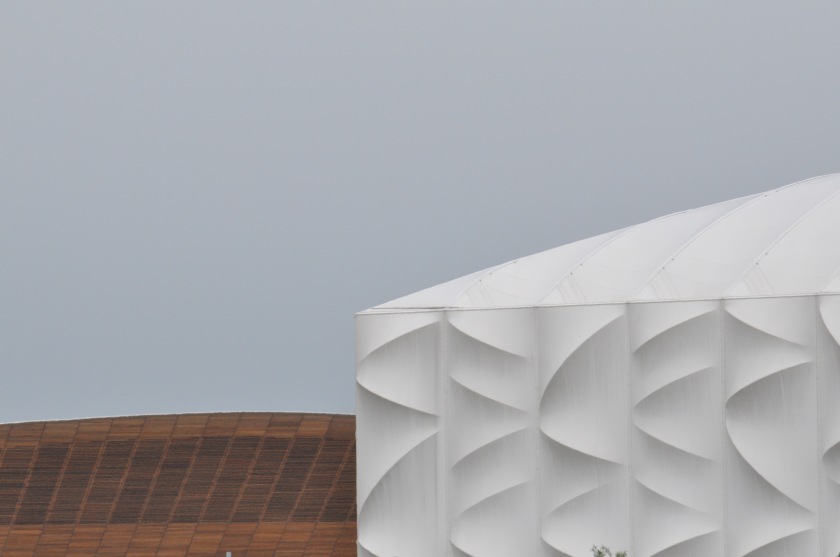 The Basketball Arena in the Olympic Park in Stratford,  is one of the largest temporary structures in London and is due to be taken down as part of the Olympic Park re-development. This set of photographs (18 rather than the normal 12) mainly focuses on the external structure of the venue and how its looks in different lighting conditions, with a couple of interior shots..

I was able to visit the site on a couple of occasions, once in April to see basketball at an Olympic prepares event, and then in early September to see Murder Ball/Wheelchair Rugby. The first time it was cloudy and the second tome it was sunny.